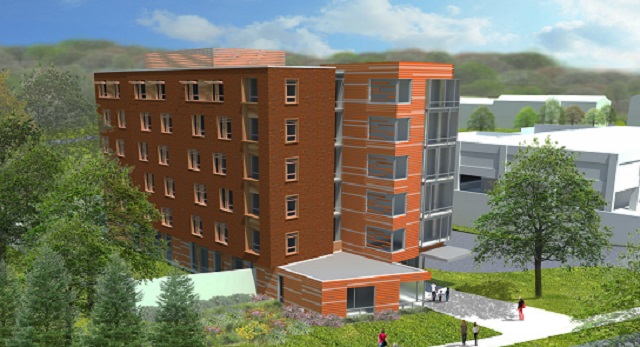 Washington, DC, Jan 15, 2020 (GLOBE NEWSWIRE) — Friendship Place, the leading nonprofit organization working to end homelessness in the Washington, DC area, has been selected by the District of Columbia to operate the new Short-term Family Housing facility being built in Ward 3. The designation allows the organization to play an instrumental role in Mayor Muriel Bowser’s Homeward DC initiative, which aims to put families experiencing homelessness on a clear path towards achieving and sustaining stable housing.

Friendship Place is committed to delivering the vital and transformative support services that put the families who will live there on the path to rebuilding their lives.

“Our partnerships with the District allow us to expand our services and pull a greater number of people out of homelessness each year,” says Friendship Place President & CEO Jean-Michel Giraud. “We’re grateful for their confidence in our ability to give these vulnerable families the dignified care they deserve.”

Friendship Place has been a staunch supporter of Mayor Bowser’s vision and strategies to end homelessness in the District since her 2015 announcement of the Homeward DC plan. Giraud says he and his staff placed a bid to operate the Ward 3 Short-term Family Housing program because it met two important criteria: “We knew that we’d be placing families into a safe, purposefully-designed facility where we can deliver meaningful and adequate care. And, we knew that we’d be able to build a strong program at the facility that will help families leave the facility quickly for stable housing.”

“Friendship Place has a strong reputation for delivering results-driven services, and we are confident that they will continue delivering for families in Ward 3,” said Mayor Bowser. “This is a team that knows our community, has a long history of success in helping families and individuals find homes and stay safely housed, and their partnership has played a critical role in our work around Homeward DC.”

Mayor Bowser achieved an important milestone in late 2018 when she successfully shuttered the doors of the mega-shelter at the old DC General Hospital site. And today she is on the cusp of another victory in the battle against homelessness: successfully establishing temporary shelters in each of DC’s eight wards.

Families who will be moving into the new facility can expect to live in a care-conducive environment where they can heal and start the process of rebuilding themselves, and where children can play freely and safely. Their new short-term lodging will be a six-story building with 50 family units, a computer lab, play areas, and a lounge for homework. The family center will also have space for residents to receive intensive, one-on-one case management that will allow them to transition out of the shelter within three months and into permanent housing.

Giraud credits Advisory Neighborhood Commission 3C for laying a foundation for the family facility and program in the Ward 3 community.

While national statistics indicate that homelessness among families has increased in the last year, largely due to the worsening-crisis in California and Washington states, the District saw a notable decline in its numbers. According to the 2019 Point In Time Count, homelessness among families in DC has decreased by 12 percent since 2018 and by 45 percent since 2016. Giraud considers these results as evidence that the mayor’s plans are working and gaining momentum.

Ward 3 Councilmember Mary Cheh shares her support for Friendship Place’s new role, saying “the importance of their work in our community can’t be understated.”

Construction on the long-awaited Ward 3 Short-Term Family Housing facility, recently named “The Brooks,” is slated for completion in March. Families are expected to begin moving in shortly thereafter.

Friendship Place is a leader in the Washington, DC area in developing solutions to homelessness that have demonstrable results and a lasting impact. Using innovative, customized, person-focused programs, Friendship Place empowers participants to rebuild their lives, find homes, get jobs and reconnect with friends, family, and the community, permanently.