Gray grew up in D.C., but he hadn’t seen it since 1997. He had been released just a few days ago after spending nearly 20 years in prison.

“You do years and years of prison and they let you out into a city you don’t even recognize,” Gray said. He examined a Department of Corrections ID card wedged in a slot in the pocket-sized planner his reentry advocate gave him at the Greyhound stop. He hoped that today he would find the help he needed to start over.

Gray wasn’t the only one trying to get back on his feet at the second annual Project Homeless Connect. The event, which was organized by the United Way of the National Capital Area, provided homeless Washingtonians with on-site access to more than two dozen local providers. This year, 357 participants and 304 volunteers attended, up from 275 participants and 167 volunteers last year.

Each participant was paired with a volunteer guide to help them navigate the event, which spanned all four floors of Central Union Mission and portions of the sidewalk outside. There were also on-site translators for 13 languages. 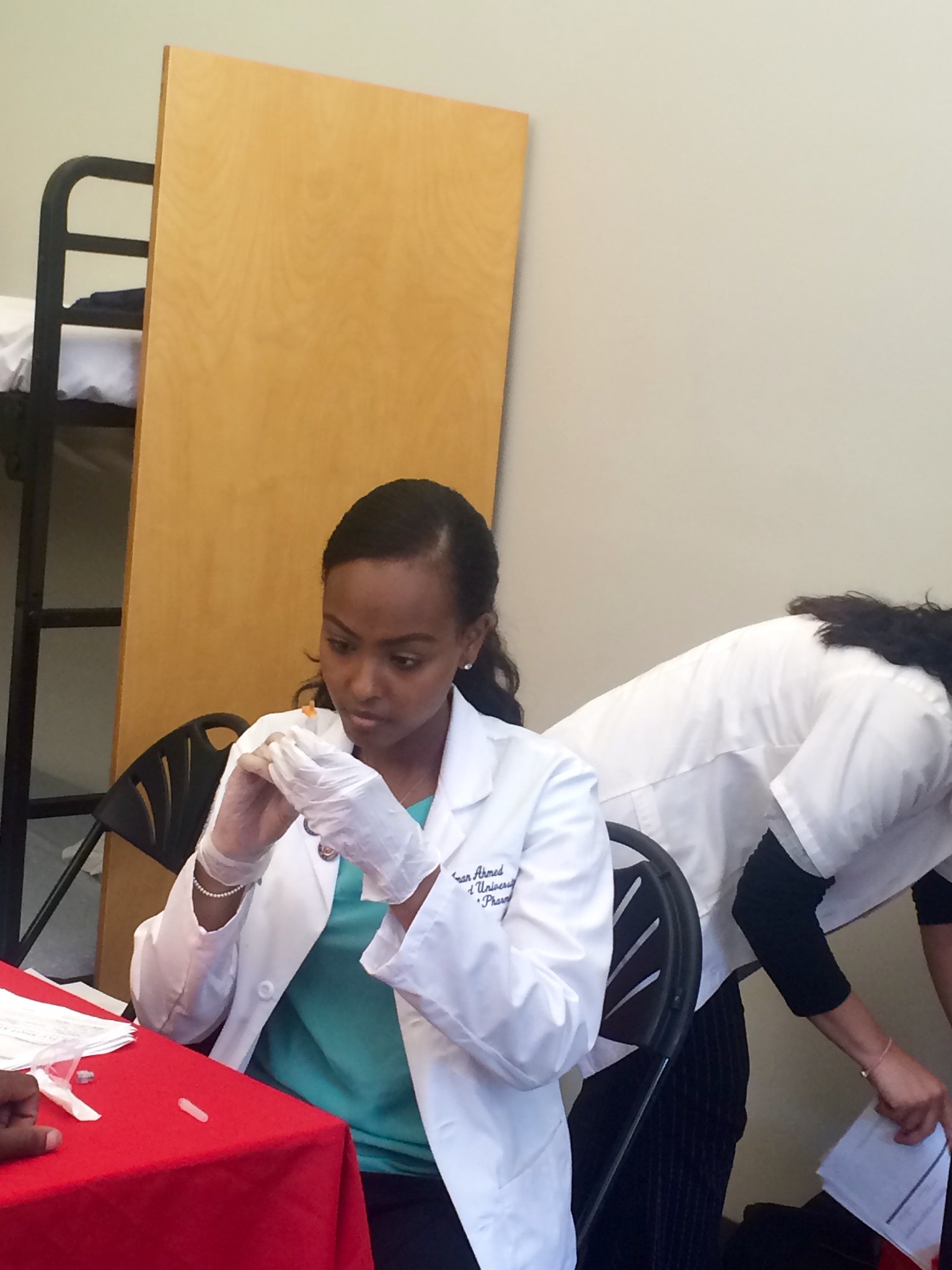 The first floor was packed to the seams, as participants and volunteers visited stations where they could sign up for library cards, get haircuts, learn how to apply for vital records and affordable housing and register to vote (complete with a voting machine and test ballots for live demonstrations).

“People who are experiencing homelessness often have to knock on so many doors and jump through so many hoops to get basic services,” said Mariam Nek, a job placement program supervisor staffing a table for Friendship Place, a nonprofit that serves homeless Washingtonians. “Trying to connect people to so many well-rounded services at once … [is] quite a way to help people get back on their feet.” 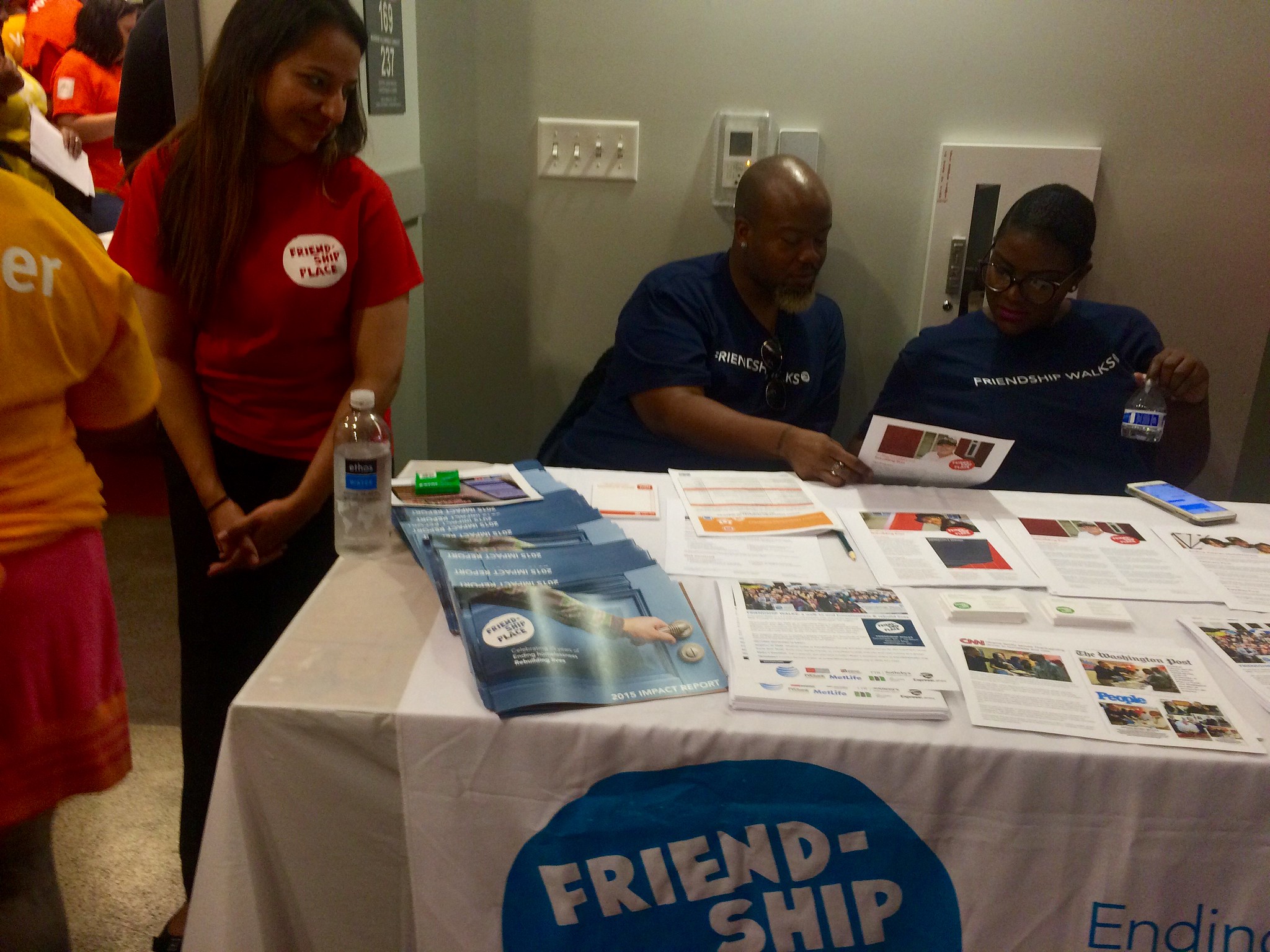 Outside, volunteer guide Etzy Salazar waited for her client next to a bus outfitted as a mobile employment assistance unit. The 42-year-old Marylander works at 3M; she took a vacation day to be here. “I think it’s hard to be in this kind of a situation,” she said. “It’s such a great feeling knowing there’s so many people who want to help out and they’re all in one place.”

“Sometimes we think when we get a roof over the head of a homeless person or provide a meal, that’s all they need,” Rep. Eleanor Holmes Norton said in a press conference during the event. “Those who come today, who provide…all the services in between that everyone needs — what a great, ingenious idea!”

Event organizers said the impact of these services can’t be overstated.

“After last year’s event, over 80 percent of participants reported never having attended an event like this before and a majority of those served said without Project Homeless Connect they otherwise would not have been able to access the services provided,” said Rosie Allen-Herring, President and CEO of the United Way of the National Capital Area in a press release. 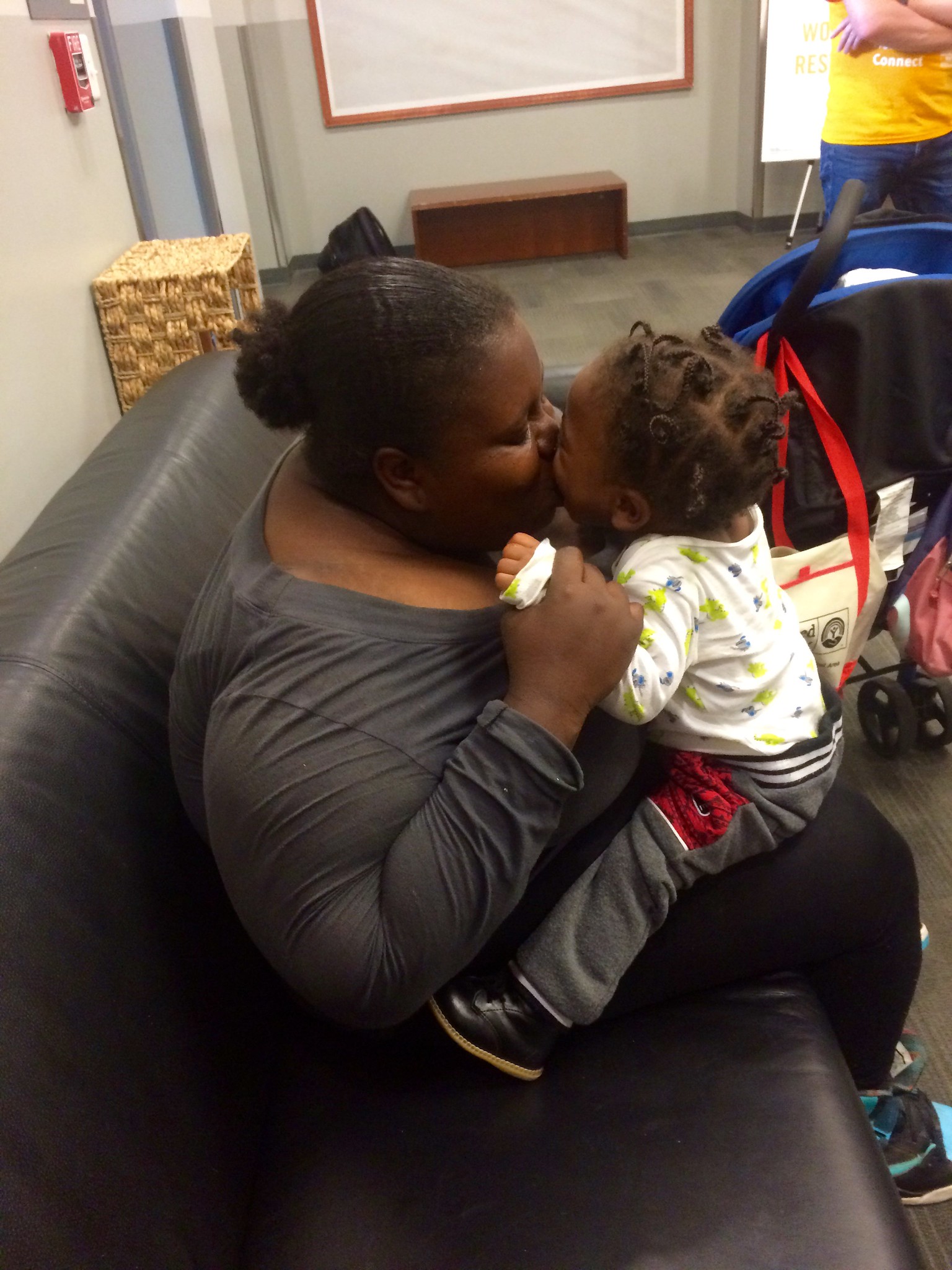 A participant and her son share a tender moment.  Photo by Robyn Di Giacinto

Gray said he’s glad he attended the event. He talked to service providers about getting medication, glasses, a photo ID and a copy of his birth certificate. He also managed to set up appointments with people who can help him find permanent housing and employment.

Before he was released, Gray worried he wouldn’t be able to get the resources he needed to make it “on the outside” — but Project Homeless Connect proved him wrong.

“I was able to see and get connected to a lot of things that day,” Gray said. “Gotta take it one step at a time.”

Contact phc@unitedwaynca.org to get involved in Project Homeless Connect next year!